“We all have our cross to bear.” People say this sometimes. Usually when people say this, they aren’t speaking of an 80 pound plank of wood which they’ve been compelled to carry several miles to the public square wherein they will be hoisted several feet above the ground upon it, affixed by railroad spikes, waiting hours for the relief of asphyxiation.  Usually when people say, “we all have our cross to bear,” they’re speaking of their gay uncle Ted, who sets half the family on edge each Thanksgiving with his flamboyant renditions of Sondheim favorites at the living room piano. Or they’re speaking of a houseguest who’s overstayed their welcome or a daughter who can’t kick her drug habit. They’re speaking of a job which seems to have reached a dead end at the same time that it’s income is most needed or they’re speaking of some bodily impairment which remains a cause of personal embarrassment or difficulty. Usually they’re speaking of a thousand other kind of crosses, not the kind that lined the Roman highways at the height of empire, but a thousand intersections of domestic dissatisfaction and unspoken suffering, a thousand different ways to die quietly, bit by bit, every day. Maybe Peter’s cross to bear was a crazy-talking rabbi who seemed bent on getting himself killed.

Are these the kinds of crosses Jesus spoke of when he turned to the concerned looking men who had been following him from Galilee and said, “if any would be my disciple, let him deny himself, take up his cross, and follow me“? Certainly the disciples didn’t take him literally. Certainly none followed him on the road to Golgotha with a plank of wood across their backs, though the story goes Simon of Cyrene relieved Jesus of his own for a block or two. Certainly they didn’t go looking for their own crucifixion, though it found many of them, too, in different ways, Peter upside down, Andrew on his now eponymous X. So what does a response to this invitation to take up our cross and follow Jesus look like?

Over the summer I’ve been reading a lot of self-help relationship books. I hope they make me a better premarital and postmarital counselor. One of them is called Passionate Marriage by David Schnarch. Schnarch is interested in, “keeping love and intimacy alive in committed relationships.” Hopefully you’re thinking, “how did we get from imperial tools of public execution and shame to keeping love and intimacy alive in committed relationships?” While the two may be more connected than you think, I do have a point I’m getting to. Schnarch is most famous for the idea of the crucible in a marriage. I was disappointed to learn that the etymology of crucible is entirely disconnected from the cross, it sounds so much like crucis, the Latin for cross. But actually a crucible was a kind of lamp, and it was a term that came to be applied to the kind of container used to heat metals to the point of their transformation. Schnarch isn’t talking about metals, though, he’s talking about people. 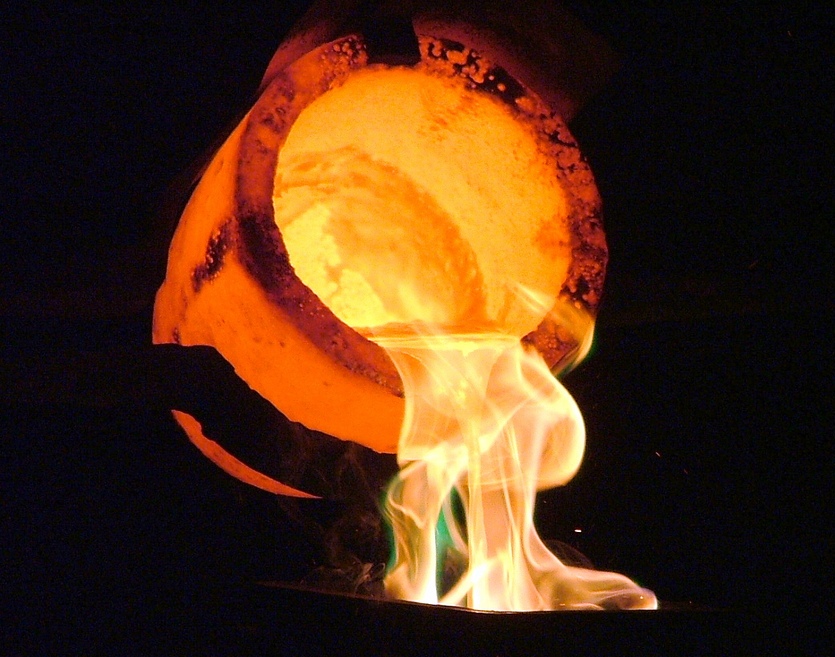 His theory of relationships is that in each of them, for each issue, whether that be a certain way to show affection or a certain way to raise children, there is a high desire member of the couple, and a low desire member. There’s the one who could eat cheesecake every night and the one who wants to save it for special occasions. There’s the one who wants to start on a family of seven multiethnic differently abled adoptees as soon as possible and the one who’d maybe consider adopting a seven year old girl who likes to read a few years down the line. As each member of a couple comes to terms with the terms with the fact that there is a difference of disposition around some particular issue, the high desire member faces what Schnarch calls a two choice dilemma. It’s a dilemma because you want to have two choices, two options, you want to have your cheesecake and eat it too, or you want to have a dozen kids and remain with your partner who only wants one. But you don’t have two choices. You have one. And most folks would rather avoid making any choices at all than have to choose between two things which are difficult to decide between, and so most folks get stuck here, content to remain comfortable rather than face the scary sight of their unmet desires. For Schnarch, entering the crucible means getting unstuck, it’s when the couple or one member of the couple makes the choice to face the scary thing and move forward, after which struggle both members of the couple may be transformed, or find it is time to part ways.

Now, I’m not just trying to dish out some advice to the married couples of our congregation. I am trying to talk about God. I want to speak of a God who is in a love affair with us and with the world, a God who always chooses the crucible. Peter wants to remain comfortable. He does not want to have to choose between following a teacher whom he believes has the keys to eternal life AND remaining on a relatively safe path to worldly religious glory. Jesus makes it clear that his choice is one that will lead to pain, Jesus chooses the crucible. It’s a choice God seems intent on making in scripture. God wants to be near us but can’t be without suffering incredible bodily pain, God chooses to be near us. God wants to raise a voice to cry against the injustice done to the poorest of his people but finds that such a voice makes the rest of his people a bit squirmy, God chooses to raise a voice. God wants abundant life to rain down on all creation but finds creatures who are bent on their own and everyone else’s destruction, God chooses life. This all may seem a little theologically abstract, but when we think about it in terms of our ethical mirroring of our God’s activity it becomes crystal clear. We want to end homelessness AND we want to keep our own backyards clear of the homeless. We want to ensure that our poorest neighbors have the same access to education and resources that we do AND we also want to remain comfortable. We want an end to racism, AND we want to hold on to the privilege afforded us by the color of our white skin. Schnarch’s theory of the crucible applied to our marriage with the world which God is making in us requires us to choose, or to remain miserable and dead in the dilemma of not choosing. Our “cross to bear” is not the family member who we’d rather remain comfortably polite to. Our cross to bear is not to dwell in guilt about the grave disparity between our values and our lifestyle. Our cross is to follow Jesus, whose way lights a transforming fire in our lamps and lets it shine. Our cross is to go into this world and choose the thing that takes us out beyond ourselves and into acts of justice and loving kindness for the other who is nearest by.

Looking for more? Check out the neverending sermonroll here.

One thought on “Entering the Crucible with God”